Plot:
Nikolai Ivanov is a young estate-owner, heavily in debt, especially to Zinaida Lebedev, the wife of the head of the County Council. Ivanov used to be energetic, creative, and unconventional, the "star" of the local gentry. He married for love--a Jewish woman (Sarah, now called Anna) whose parents disowned her when she married a gentile--and Anna is totally devoted to him. Yet Ivanov is suffering from profound depression.

It seems to him that all his good ideas (like building a school for the poor) were for naught and he has become a "superfluous man." He spends every evening socializing at the Lebedev estate, even though he knows how this hurts his wife. Doctor Lvov, Anna's physician, is a humorless and terminally sincere young man who has no insight into Ivanov's depression.

One night Anna gets fed up and follows her husband to the Lebedev house, where she discovers Ivanov kissing the Lebedevs' daughter, Sasha, who is hopelessly in love with Ivanov, although he doesn't reciprocate her affection. Some weeks later Anna's illness (tuberculosis) has gotten worse. Lvov condemns Ivanov, various hangers-on while away their time in Ivanov's study, and, to complicate matters further, Sasha shows up unannounced. After Anna dies, Ivanov and Sasha are set to be married, but at the last minute he can't go through with it. At the end of the play he runs offstage and shoots himself dead.

Commentary
This is the first of Chekhov's full-length dramas (1889) and, as such, is considerably more melodramatic and "talky" than his great later plays, beginning with The Seagull(1895) (annotated in this database). In one sense Ivanov's plight can be viewed as symptomatic of the Russian gentry in the 1880's--liberal ideas for reform, a high degree of early enthusiasm, but then nothing ever happens. Young Turks become "superfluous men" as they lose their idealism and sink into somnolence. 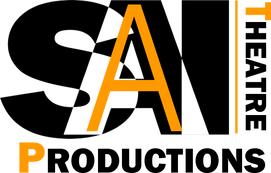 © 2012 All Content and Images by SAI Theater Productions • All Rights Reserved by SIA,